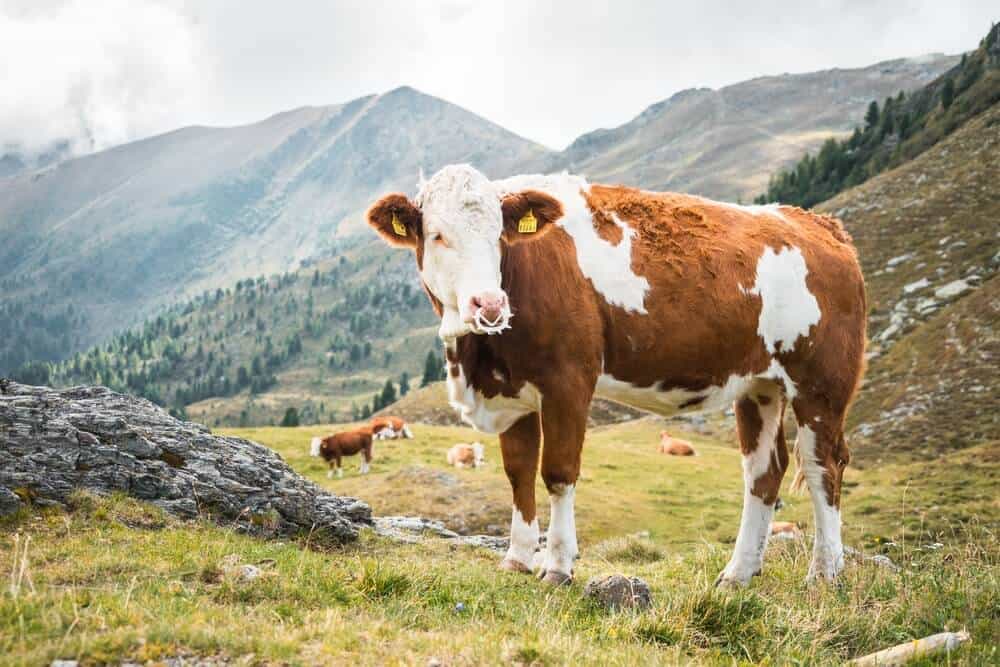 Cows are intelligent animals. According to scientists, cows can make sophisticated discriminations among humans, objects, and conspecifics. They have well-developed emotional capacities and can show emotional reactions to learning. Moreover, cows have distinct personalities and herds exhibit several dimensions of social complexity.

Cattle are the most common type of large domesticated ungulates. Some consider them unintelligent creatures, but they are pretty smart.

Read on to learn more about cow smartness.

How Smart Are Cows?

Measuring intelligence in animals is more difficult than measuring it in humans.

However, scientists have long used the encephalization quotient (EQ) to predict the relative brain size and intelligence capabilities of various mammals.

Several studies measured the encephalization quotient in various species, including humans, and concluded that Homo sapiens have an EQ of around 7.6.

Great apes, including chimpanzees and gorillas, may share a lot of their DNA with humans – 99% and 98%, respectively – but their EQ doesn’t exceed 2.6.

According to a study on cattle brain, cows have an even lower EQ, between 0.55 and 0.59. Thus, cows aren’t very smart when compared to people.

Yet, they become smart when compared to other farm animals, such as pigs. Indeed, domestic pigs have an EQ of 0.39.

Despite having a lower EQ than cows, pigs are largely considered intelligent creatures whereas cows are believed to be dumb.

This is where a study on the psychology of cows steps in, showing just how smart these mammals truly are. 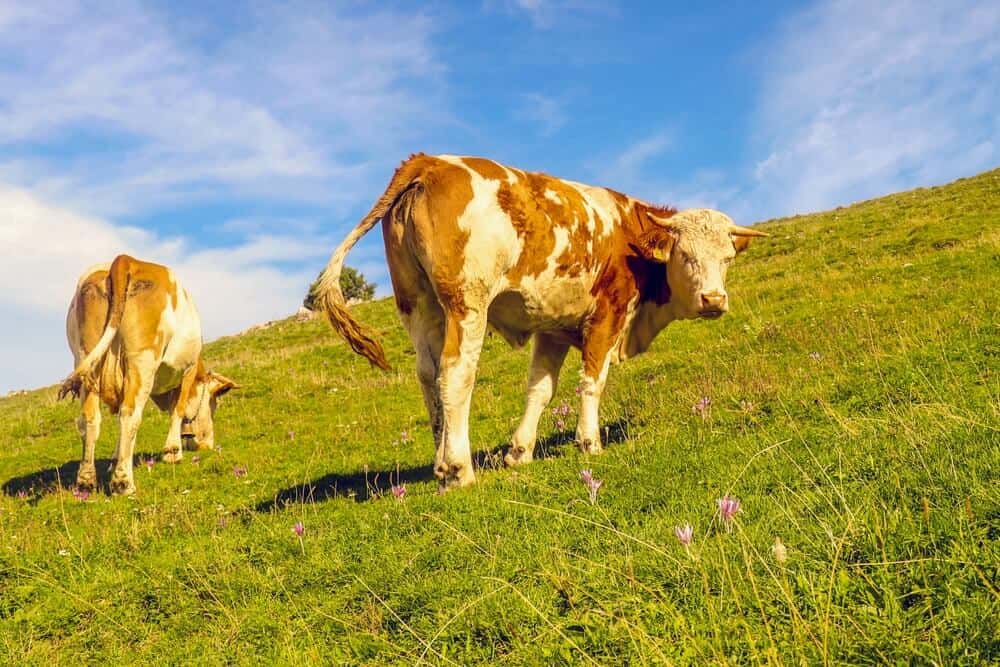 While there aren’t many studies on the cognitive abilities of cows, evidence to date suggests that cows have robust and rapid learning abilities.

In a study about their long-term memory, cows learned the location of a feeder in less than a week (10-minute training sessions were performed twice a day for five days).

After a six-week cessation of training, scientists found that almost 80% of cows remembered where the feeders were located.

In a similar study, researchers demonstrated that cows can learn to respond appropriately to sounds.

Cows can also discriminate against a wide range of stimuli, from geometric shapes to different object sizes and colors. They are also able to discriminate among individual humans.

For instance, cows can recognize which handlers are gentle with them and which are not.

Both adult cattle and calves show fear when seeing someone who has handled them in a rough manner.

Another sign of intelligence is a cow’s ability to recognize and differentiate their own species from other animals. Moreover, they can also discriminate between familiar and unfamiliar conspecifics.

They are able to remember, organize, and utilize information about their environment, including the location of objects and effective navigation (such as choosing the shortest path to a source or using detours when navigating through a maze).

All these processes require sophisticated memory, learning capacities, and strategic thinking that only intelligent creatures can pull off.

Alongside cognitive abilities, which are widely accepted as a measure of intelligence, cows also display strong emotional intelligence.

A cow’s eyes, ears, and nose are the most common indicators of a cow’s emotional state.

For instance, the less white is seen around a cow’s eyes, the better it feels. Studies on anxiety and stress in cattle show that cow mothers separated from their calves display an increased amount of eye white.

Relaxed ear postures indicate cattle are feeling good. When their ears become stiff, cows are usually stressed or in fear.

A lower nose temperature also indicates a relaxed animal, whereas a higher nasal temperature is an indicator of stress.

Aside from these physical cues, cows change their behavior based on moods. For instance, a stressed cow or calf may avoid playing behavior, decrease feeding, and even isolate itself from the herd.

Apparently, animal behaviorists also found that cows can develop friendships over time and mourn the separation from or death of the ones they love.

Cows are gregarious animals that establish stable social hierarchies when they have the ability to socialize freely.

Dominance is often established based on age and size, but the surprising fact is that each cow in a herd fulfills a specific role within the group.

As evidenced by numerous scientists, there is a likely positive relationship between social complexity and individual intelligence across species.

Studies also show that cows in a group communicate using a wide range of vocalizations.

Not only do mother and calf pairs use specific moos to recognize one another, but individuals also use different sounds when “talking” to other herd members or when trying to communicate with their handlers.

Indirectly, a sign of intelligence in cows is also the difference in personality between individuals. Like humans, cows can be outgoing, shy, temperamental, or laid-back.

All of the studies mentioned above indicate that cows are intelligent creatures. Not only can they recognize familiar objects, people, animals, and other cows, but they have problem-solving abilities.

A study at the University of Sydney suggests that cows could follow sound through a maze. To do that, cattle have displayed executive function and decision-making abilities.

Cows can also solve puzzles, map their environment and create navigation routes, or use strategies when playing or escaping danger.

What Do They Think About?

Given their simple life, though, we can imagine that cows spend the majority of their time thinking about .

Mothers most likely think about the welfare and safety of their offspring, keeping an eye on and protecting the young.

Males and females of reproductive age may also think about mating.

When seeing their handler or hearing a familiar sound, cows may think it’s time for milking or grooming. When they are separated from their loved ones, cattle may think about the calves or friends that are away from them or that they have lost.

How Long Is A Cow’s Memory?

We mentioned that cows have cognitive and learning abilities, but you may wonder whether they have short- or long-term memory.

Short-term memory generally lasts under 12 hours and is the result of sudden and not constant stimuli.

For instance, a cow may show signs of fear for a few hours when handled roughly.

However, if the handler’s rough behavior is an exception – and typically shows a gentle behavior towards the animal – the cow’s stress levels will drop considerably during future interactions.

There are few studies regarding the long-term memory in cows. However, existent studies show that most cows can remember what they learned at least six weeks after the training was suspended.

Stress is perhaps the most common trigger of life-long memory in cows.

For instance, a group of cattle exposed to wolf attacks is more likely to become agitated and form a protective circle when sensing danger compared to cattle who are naïve to wolves.

Similarly, cows can remember throughout their lives the smell of smoke or the crackling of fire associated with wildfires.

As explained, cows are complex animals that can feel a wide range of emotions – fear included. But can they sense fear in humans or other animals?

According to scientists, they can.

Cows have a very acute smell which enables them to sense odors from six miles away. This heightened sense is helpful in detecting danger, but they can also detect odors our bodies emit.

When feeling fear, the human body releases pheromones through sweat. Cows, alongside a variety of other animals, can smell these pheromones.

They don’t necessarily know that you’re afraid of them, and many animals could actually interpret your smell as danger. Thus, they are more likely to attack to protect themselves.

Cow Smartness Vs. Other Animals

The easiest way to compare various animals in terms of smartness is by considering their EQ.

So, how do cows compare to other farm animals and pets? 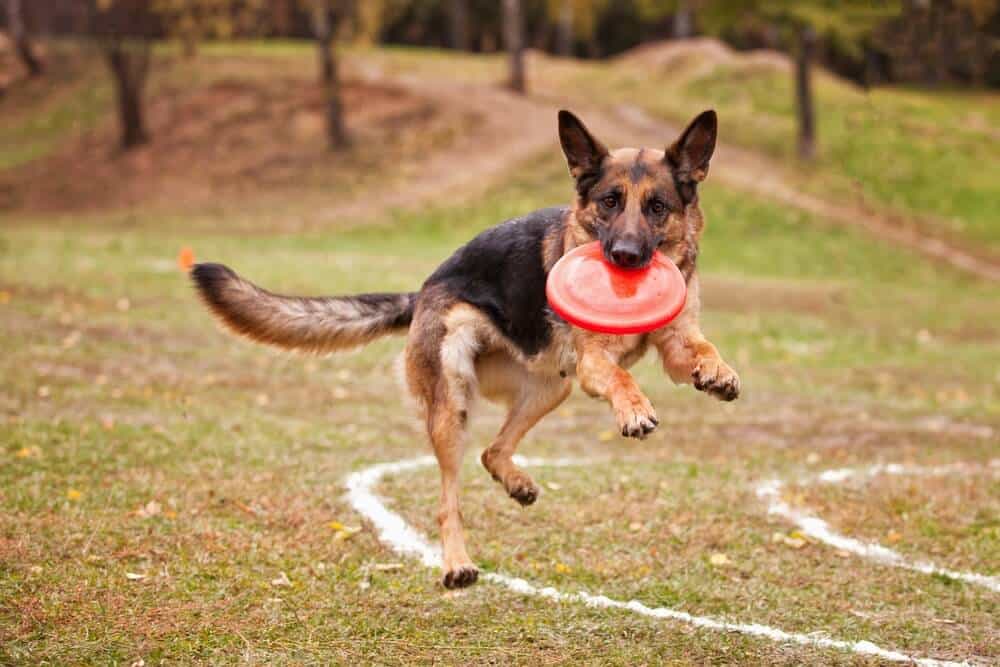 According to scientific data, dogs are smarter than cows. How much smarter depends on the dog breed.

In a study analyzing the encephalization quotient of various dog types, scientists found that they have an EQ varying from 1 to 3.1.

Australian cattle dogs, specifically bred for herding cattle, are also a lot smarter than cows, with an EQ of 2.7.

However, from a non-scientific standpoint, cows and dogs seem to be equally smart.

Both species form bonds with humans, conspecifics, and other animals. They have cognitive and memory abilities, and can be trained to perform certain actions for a reward. 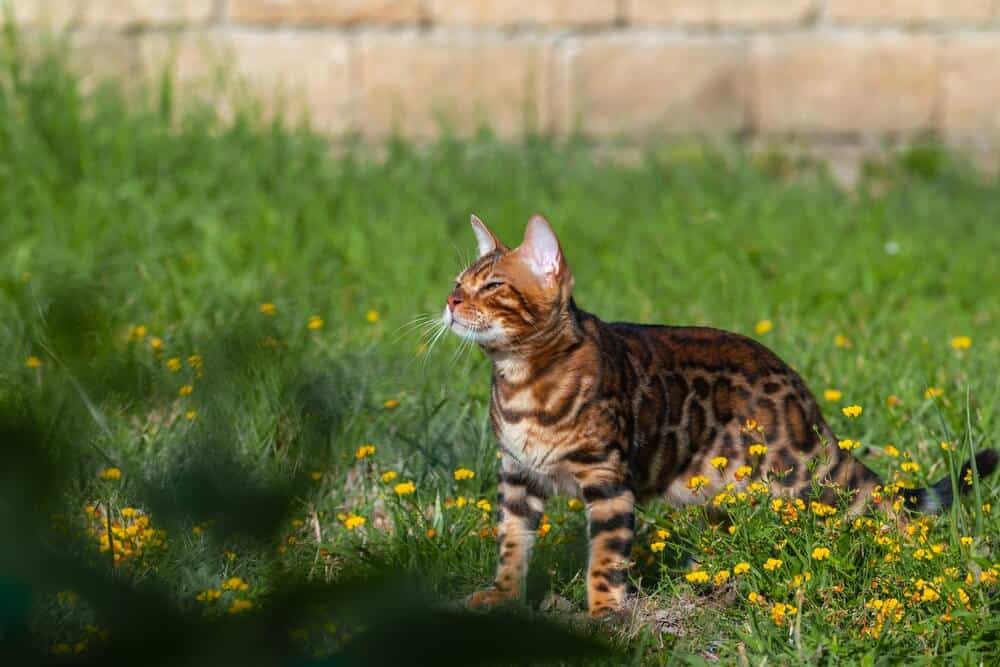 Unlike dogs, cats have independent natures and are a lot harder to train. Scientists even consider cats to be less smart than dogs.

However, they are smarter than cows in the same way dogs are. They have an EQ of 1, which is about two times the EQ of a cow.

Moreover, studies show that cats have the ability to follow puzzles in the same way dogs and cows can. They even stick at it until they get it right, while dogs are more likely to seek help from their owners.

At the end of the day, cats, like dogs and cows, form social bonds with their owners and other animals, and they are definitely smart.

Once again, measuring smartness between the two species is challenging. As pointed out by many scientists, each animal is smart in ways that benefit its kind.

Pigs are the only farm animals on this list that are less smart than cows. In fact, domestic pigs have an EQ of 0.39.

Things are different for wild boars, which are actually smarter than cows and almost two times smarter than domestic pigs.

Cows are capable of displaying cognitive, emotional, and behavioral intelligence abilities. They can learn where is, how to access it efficiently, and even do tricks for rewards.

They form social bonds with cows, humans, and even other animals. Emotions range from fear to excitement, and they can even grieve the loss of a loved one. More than livestock, these fascinating creatures are truly smart.