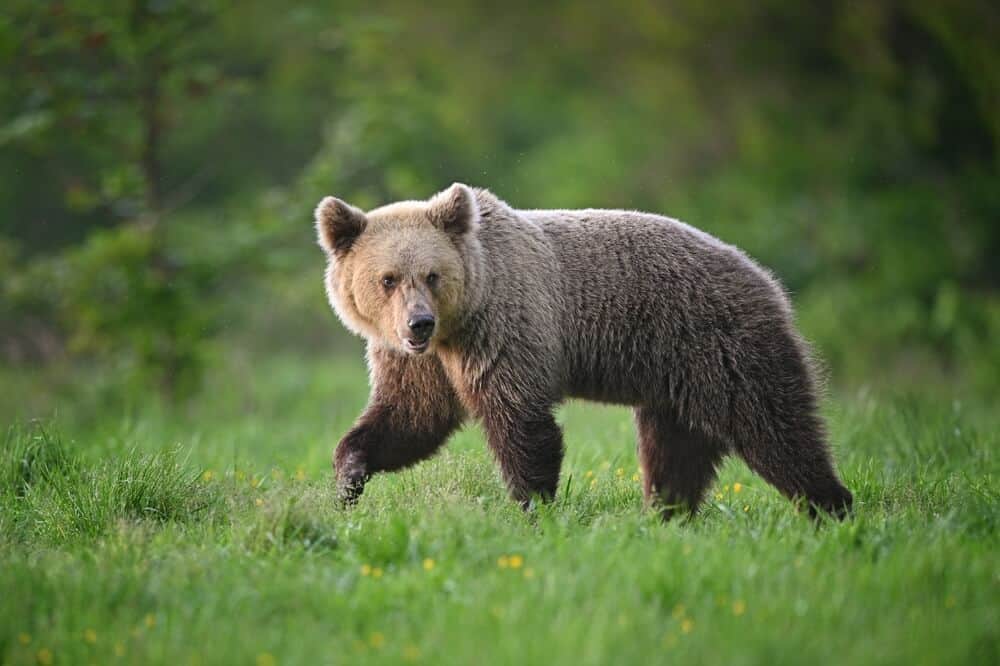 Bears are not afraid of fire. In fact, they’re mostly indifferent towards it. They’re also neither bothered by nor attracted to smoke and bright lights except in specific circumstances. Bears are often afraid of people unless there’s or they feel under threat. Loud noises and dogs can be effective bear deterrents, along with clean campsites and proper storage.

Camping in the great outdoors offers a beautiful way to relax and get in touch with nature. However, it can also pose some danger in the form of wild animals.

Black bears and brown bears live in many areas across North America. Some popular camping locations are even in the middle of “bear country.” So, it’s important to know how to keep yourself safe while camping.

A campfire is such a quintessential part of the camping experience, but is it safe in bear country? Are bears afraid of fire, or does it attract them?

Are Bears Scared Of Fire?

While the light and warmth of a fire can keep you safe from the elements, it’s not an effective deterrent against bears. There’s no concrete evidence that bears are afraid of fire.

On the list of camping recommendations from the US Forest Service, there is no information about fires scaring bears. The only exception is if the bear is actively in danger from it, such as in the case of wildfires.

If anything, a bear might find the glow of your campfire a little interesting. They are curious animals and like to investigate in case there’s nearby.

Even so, you don’t have to have a very high concern about your campfire; bears tend to shy away from humans unless they feel threatened.

Are Bears Attracted To Smoke? 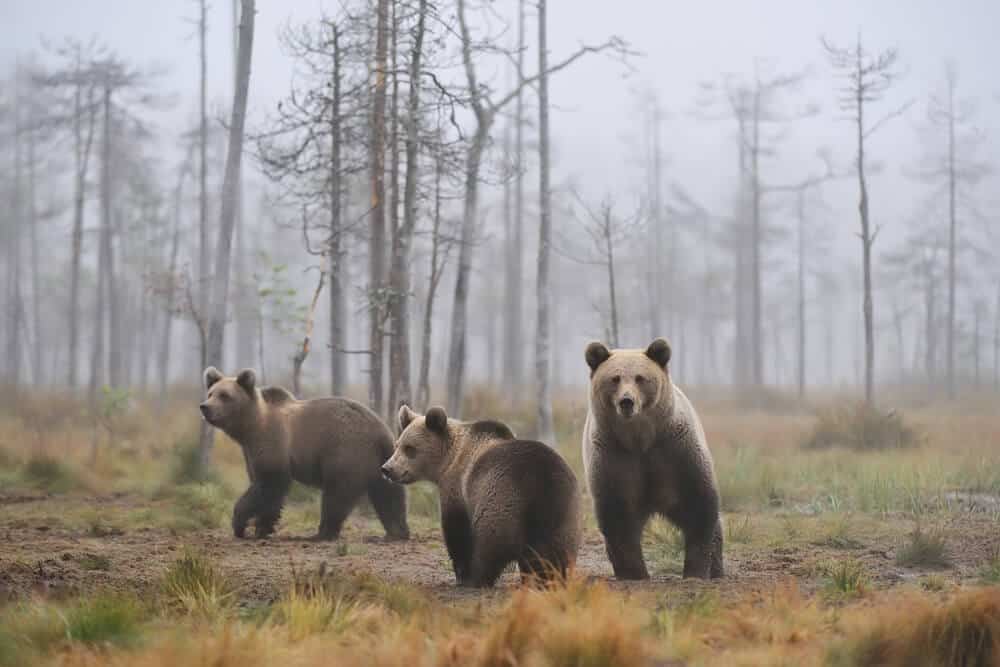 If bears aren’t afraid of fire, could the smoke it creates still attract them? Although they likely don’t care much one way or the other about your campfire, bears may like the smell of the smoke.

In fact, Bears have an incredible sense of smell, and they can use it to find more than a mile away. Cooking meat can produce good smells that will carry on the smoke and possibly attract a bear.

But it’s no guarantee that having a smoky fire will draw a bear towards you. They’re about as indifferent to smoke as they are to fire and may even find it irritating if it’s thick enough.

Are Bears Attracted To Light? 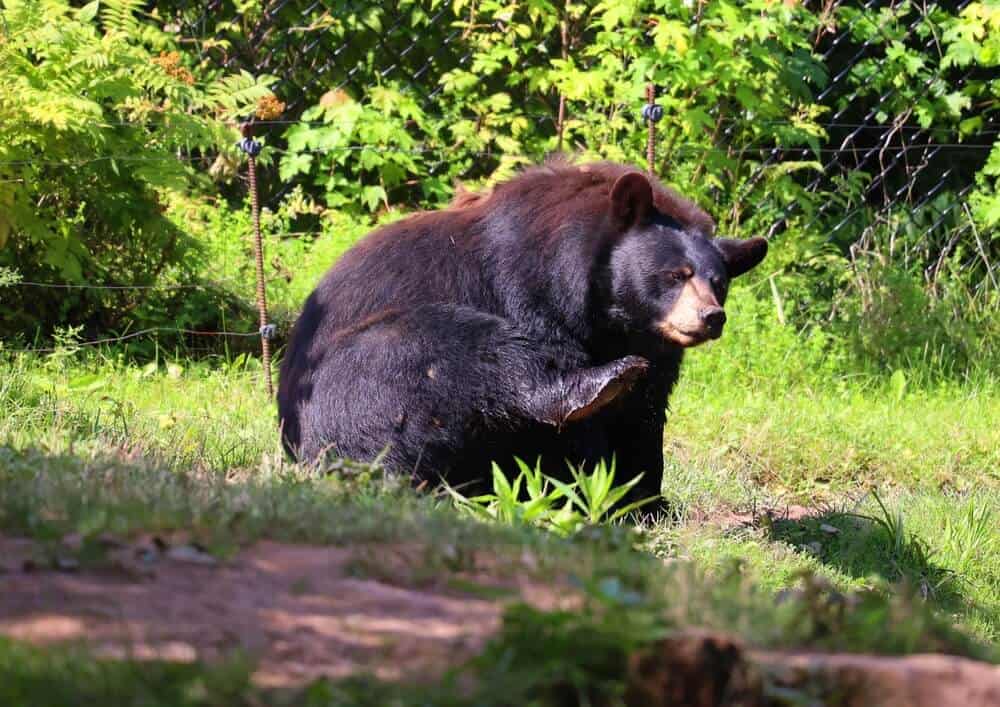 As with light and smoke, bears are often indifferent to bright lights. You can use lights to warn you of bear intruders, but there is not much proof they will either attract or deter a bear.

There’s a chance a bear may go towards a light out of curiosity. However, it will probably back off once it realizes there are humans around. On the other hand, a sudden bright light may actually startle a bear enough to scare it away.

But a bright light on its own isn’t often enough to keep bears away. Over time, a bear will learn that there’s no danger if there’s only a light and no other deterrent.

So, while bears aren’t drawn to lights per se, they may be a little curious about them at first. And eventually, even bright, startling lights will not do much to keep them away.

What Are Bears Afraid Of?

So, if fire, smoke, and bright lights aren’t enough to scare off a bear, what is?

The good news is that bears don’t like interacting with humans if they can help it. Like many wild animals, bears treat humans as something of which they should be wary.

This doesn’t mean you should approach or otherwise provoke a bear. They will defend themselves if necessary. They may also make the connection between humans and if campers don’t have proper storage.

This puts both humans and the bears in danger. If bears lose their fear of humans, they can become unpredictable.

They may attack more humans, which means they’ll have to be euthanized for public safety. They can also run into the danger of poachers and injury from vehicles.

As long as you don’t give them a reason to overcome their fear, however, bears will stay away from you.

Sometimes consistent noise may pique a bear’s curiosity. But sudden loud noises will often have the opposite effect.

Banging pots and pans or using an air horn can be an effective way to scare away a bear from your area. Bears can even be afraid of fireworks, since they combine both loud noises and sudden bright lights.

However, you shouldn’t rely on fireworks as a deterrent, as they can be unpredictable. They are meant for entertainment, not protection.

Bears are naturally afraid of dogs and other canids. This is because of the danger coyotes pose to bear cubs. A coyote pack can steal and kill bear cubs, so bears are wary of anything that looks like a coyote.

Even a barking pet can drive away a full-grown bear, but you shouldn’t let smaller dogs run towards a bear. The bear may realize the dog doesn’t pose a threat and injure it. They may even follow the dog back to you.

If you’re on a property that bears frequently inhabit, they may grow used to the sound of a dog barking.

If there’s no danger they can associate with the dog, they’ll begin to ignore it. We don’t recommend relying on a dog alone for protection.

Bears may have certain fears, but they’ll overcome them if they feel like you’re a threat. The best course of action is to avoid attracting bears in the first place.

Here’s a list of some of the things you should avoid that attract bears.

Grilling is often an essential part of the camping experience. However, the smell of grilling meat is very enticing to a bear’s enhanced sense of smell.

If you plan on grilling, consider having other deterrents around such as noisemakers.

When you’re done grilling, be sure to give the grill a thorough cleaning. Also, dispose of grease and leftovers in secure garbage cans.

Once again, a bear’s sense of smell will attract it to any open at your home or campsite.

When you aren’t eating , be sure to keep it in secure containers.

Even small pieces of leftovers can attract a hungry bear. It’s very important to gather up all of your trash, even non- items, and throw them away in a secure container.

Bears may even be curious about personal products if they have a strong smell. Take care to throw away all of your trash, not just remains.

How To Keep Bears Away From Your Campsite

Now that you know what does and doesn’t attract bears, you can use that knowledge to protect yourself while camping.

Use the following tips to prevent bears from invading your campsite.

Since bears have such a keen sense of smell, you can use that to your advantage.

A mixture of ammonia or bleach and water sprayed around your trash containers can deter bears from exploring. In addition, you can use heavy pine-scented cleaning products.

You can also punch holes in the lid of a jar and fill it with one of these scents. Then, leave the jar at the edge of your campsite or near your sources to keep bears away.

A clean campsite is vital to avoid attracting a bear. Don’t leave out in the open when you’re not actively eating. Always close up containers as soon as you’re done with them.

Clean your grilling equipment right away or store it in a bear-proof container until you get home. Finally, dispose of all trash, or otherwise, in a secure container away from your sleeping areas.

The US National Park Service recommends lockers or bear canisters when hiking or camping. These are containers specifically designed to be difficult for bears to open.

They can also prevent bears from smelling the contents inside, meaning the smells won’t attract them in the first place.

Even in bear-resistant containers, you should not store or other strong-smelling products in your tent or sleeping areas.

No product is completely bear-proof, and you don’t want a bear with a sensitive nose poking around inside your tent.

While bear safety is a top priority, it would be a shame to not have a campfire while enjoying nature. The good news is that a campfire likely won’t attract any bears to the area. However, bears aren’t actually afraid of fire, so you should not use it as a deterrent.

For the most part, bears are uninterested in fire. They also aren’t scared of or attracted to smoke and bright lights, either. What will attract a bear is improper storage and trash clean-up.

If you keep your campsite clean and secure, bears are unlikely to bother you. They may not care about fire or smoke, but on the whole, bears are afraid of humans.

Bears are also afraid of dogs, especially if they’re barking. They can be scared by sudden loud noises, whether from bear-specific noisemakers or fireworks.

A fire might not do much to scare bears away, but there are always other options.