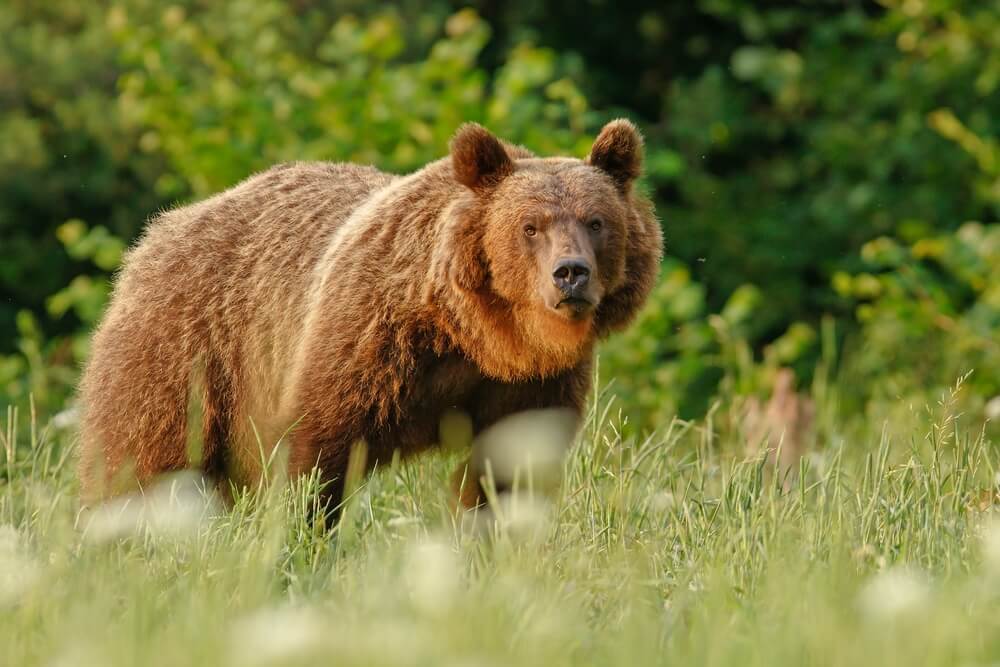 Bears are not smarter than dogs. Physically, dogs have more cortical neurons than bears, giving them higher cognitive function. In practice, dogs can solve problems, operate simple machines, and recognize human language. While bears do show signs of intelligence, they’re closer to cats than dogs.

At first glance, the difference between dogs and bears seems obvious. Dogs are domesticated and can learn various verbal commands. Bears, on the other hand, are wild animals that have a violent reputation.

But these are hardly scientific observations. Scientists have researched both animals and do have a general idea of their intelligence levels. So, between dogs and bears, which one is the smartest?

How Are Dogs Smarter Than Bears? 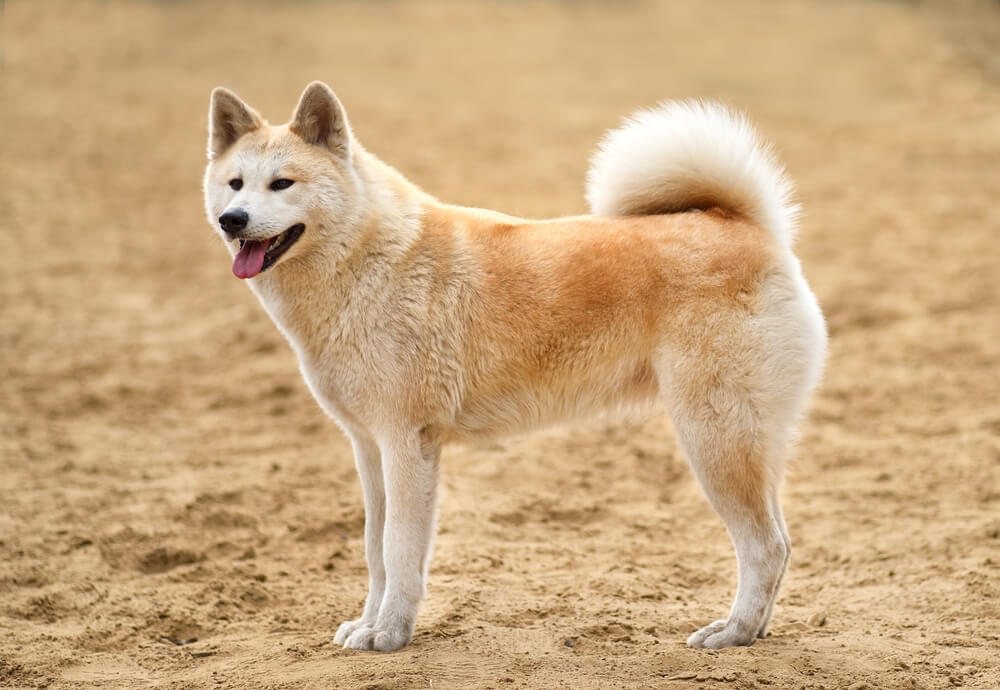 According to top canine researchers, the average dog’s IQ is on par with a human toddler. This can vary depending on the breed, with border collies being among the smartest.

Dogs have three kinds of intelligence. These are instinctive, adaptive, and working and obedience. Instinctive intelligence is what we breed dogs to do.

For example, we can measure a sheep dog’s instinctive intelligence by how well it can herd sheep.

Adaptive intelligence involves problem solving. An intelligent dog can learn from its environment to find objects and learn the fastest routes between places.

Finally, working and obedience intelligence is similar to teaching a child in school. In addition to figuring out problems on its own, a smart dog can learn to perform specific tasks.

While bears do show measurable intelligence, dogs have capabilities that bears are unable to match.

Bears have both bodies and brains that are larger than dogs. When it comes to intelligence, however, bigger isn’t always better.

The true measure of intelligence is the number or neurons relative to brain size. In short, the higher the ratio of neurons to brain size, the smarter the animal.

A 2017 study shows that the size of animals affects the usual scaling relationship of mass vs. neurons.

In small or medium-sized species, the larger the body, the larger the brain, and therefore the more neurons. But the brains of animals the size of a dog or larger sometimes have fewer neurons in bigger brains.

However, once an animal reaches the size of an average dog, that ratio no longer holds. Hyenas, for example, have less cortical neurons than dogs, even though they’re about the same size.

Furthermore, brown bears only have the same number of neurons as a housecat, which is up to ten times smaller. Both species only have around half the number of cortical neurons as the average dog.

Many dog owners try to train their dogs to sit, fetch, and roll over by using verbal command. One of the reason dogs are so successful at following commands is because they actually understand the words.

Dogs have the capacity to learn 165 words, depending on the species. Dogs in the top 20 percent of IQ can even learn 200-250 words.

Scientists formerly believed that this level of learning was only found in humans and some apes. No research has shown that bears come close to that capacity of language recognition or understand language at all.

While bears can use rudimentary tools and break into food containers, dogs can solve more complex problems. They can understand how to open complex boxes in order to get rewards.

Bears opening containers usually do so through brute-force, rolling them down hills or smashing them. In some research experiments, dogs receive boxes that require very specific techniques to open, such as pressing the right lever.

There’s no research to show that bears can learn how to open complex containers the way that dogs can.

Even without being taught, dogs can use multi-step environmental solutions to achieve their goals. They are capable of trial and error in a way that scientists have yet to see bears demonstrate.

Just because bears aren’t as smart as dogs doesn’t mean they have no intelligence.

In fact, bears have their own areas of social and logical expertise.

It’s a common idea that bears are loners, which is true in general. However, recent research indicates they may have more social structures than we once thought.

American black bears in particular can develop matriarchies in the wild. Not only that, but within those matriarchies they exhibit specific social rules and have long-term relationships.

One expert watched a mother black bear accept an orphan cub into her clan. Then, years later, the orphan cub shared her clan’s territory and resources with the older bear’s clan.

Counting and recognizing number patterns is a decades-long measuring stick for animal intelligence.

Animals such as gorillas, lemurs, chimps, dolphins, and birds can count up to three with precision. After that, however, they can only give approximations of the numbers of sets of objects.

There’s no evidence that bears can count individual numbers, but they can recognize different numbers in sets of objects.

The results show that, with incentive, bears choose the correct set more often than they would by random chance. However, they do have difficulty choosing if the size of the objects themselves differs from the numerical difference.

For example, a set may have two objects, but those objects are much larger than a set with three. Bears have a harder time choosing the set with fewer objects even with incentive because of the size disparity.

Even so, these tests gave experts a better understanding of how intelligent bears are.

What Is The Smartest Species Of Bear?

There are eight species of bear in the world, but not all of them have been researched extensively. Even the most studied species – black bears and brown bears – have only recently been researched to any significant extent.

American black bears can recognize different amounts of objects and learn how to maneuver around traps and canisters to get . Not only that, but they can then teach their offspring what they learned.

There’s also anecdotal evidence of intelligence in grizzlies and polar bears. Polar bears may even use rocks to help them hunt.

But it’s black bears that have captured the attention of researchers. Thanks to their research, we now know that black bears may be one of the smartest bear species.

Are Bears Smarter Than Humans?

Intelligence is extremely difficult to quantify, especially across different species. There are many factors that can come into play and scientists don’t fully understand all of them yet.

This suggests that bears are not smarter than humans. However, you can see where bears rank against other species using the chart below:

Until scientists develop a cognitive test that’s useable across all species, here will be some subjectivity when studying intelligence.

There’s no guarantee that the number of cortical neurons alone proves one animal is smarter than the other. But it is a good jumping off point for further comparison.

Are Bears Smarter Than Gorillas?

Primates like gorillas are some of the most intelligent mammals on the planet. They can use tools not only for foraging but for traversing their environments.

One of the most famous gorillas, Koko, could use sign language. She is believed to have had the intelligence of a human toddler. She also showed that gorillas could have emotional intelligence on par with humans.

Bears have not been studied as frequently as primates. Scientists could still uncover greater signs of intelligence in bears. Even so, the experiments that have been done do not show the same level of intelligence as gorillas.

There’s no indication bears have the same capacity for language as gorillas. In addition, their tool use and problem-solving skills are more limited.

Bears Could Be As Smart As Cats

They may not be on the same level as gorillas, but bears could compete with the common housecat. They have almost the same number of cortical neurons in their brains.

It’s important to note, however, that a bear’s brain is much bigger than a cat’s brain. This means that the ratio of neurons to brain size is much smaller for bears.

There have been no direct intelligence comparisons between bears and cats. Their equal number of neurons may indicate that they have about the same level of intelligence, but it’s not guaranteed.

A cat could be smarter than a bear due to the size difference. The cat’s brain and body don’t require as much processing power to run.

But more testing needs to be done to know for sure. At the moment, the consensus among experts is that a bear is about as smart as a cat.

Intelligence is a tricky concept to compare across all animal species. Bears, for instance, can understand how to use a stick to measure water depth. But dogs, who don’t often live in environments where that’s necessary, might not understand that concept.

On the other hand, dogs can recognize human language up to a certain point. Intelligence comes in many different forms, some of them dependent on the environment, others based on brain composition.

Dogs have also been shown to be about as smart as a three-year-old human, at least in terms of communication. They can operate latches and simple machines and can solve environmental puzzles.

While bears do have their own form of communication, there’s no evidence they can understand human speech. They also don’t show a capacity for symbols and sign language like gorillas do.

In general, bears are not smarter than dogs, but are instead about as smart as the average housecat.