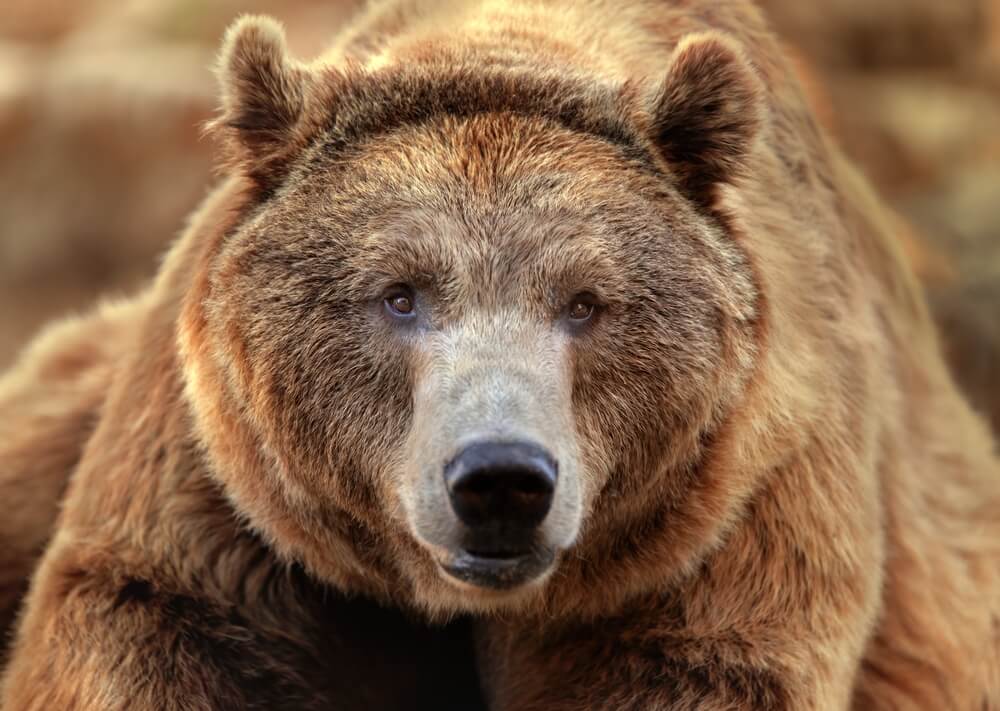 Bears are neither canines or felines. Instead, they belong to a separate family called Ursidae. All three families of animals belong to the same taxonomic order, but felines have their own suborder. Dogs are closer to bears than cats are because dogs and bears are part of the suborder Carnivora. They share a common ancestor known as a “bear dog”.

The animal kingdom is vast but shares many connections. Through taxonomy, scientists are able to classify animals together in coordinating groups.

This organization not only helps identify patterns of evolution, but also shows  how animals are related through shared ancestors.

We can use it to see if one type of animal shares genetic similarities with another. For example, do bears belong to the same genetic group as canines or felines?

Bears Are Members Of The Ursidae Family

Each animal species has a place in the taxonomic hierarchy. It categorizes them by characteristics and if they might have a common ancestor. As new fossils are discovered, experts’ understanding of animal relationships can change.

The following is a condensed version of this hierarchy. It splits into super-levels and sublevels when there’s need for more specificity. But these are the basic levels that can help us understand bears and their relatives: 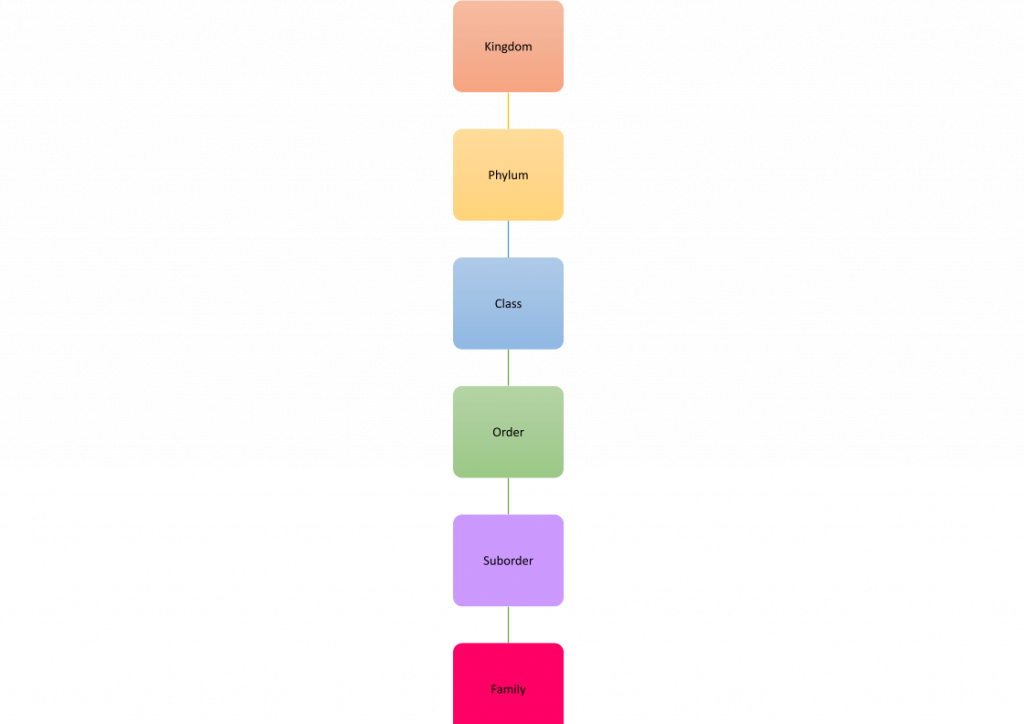 The further down the hierarchy two species are before separating, the closer relation they have.

Bears, cats, and dogs all belong to the Carnivora order of animals. Despite the name, not all of the animals in Carnivora are carnivores. Bears, for example, are omnivores. The name means that they share an ancestor that was carnivorous.

However, as the hierarchy continues, each animal separates from the other into different families.

This means that bears are neither cats nor dogs, but their own animal family: Ursidae. This includes all modern species of bear, including the giant panda. It does not include koala bears, though. These animals, despite their name, are marsupials, not true bears.

Bears Are More Closely Related To Dogs Than Cats

There is still some connection between families in the same suborders. Carnivora splits into two suborders: Caniformia and Feliformia. Feliformia contains the cats we know today as the Felidae family, as well as other animal families.

It’s only when the hierarchy reaches families that dogs and bears split from each other. But even with the split, dogs are still more closely related to bears than cats are. 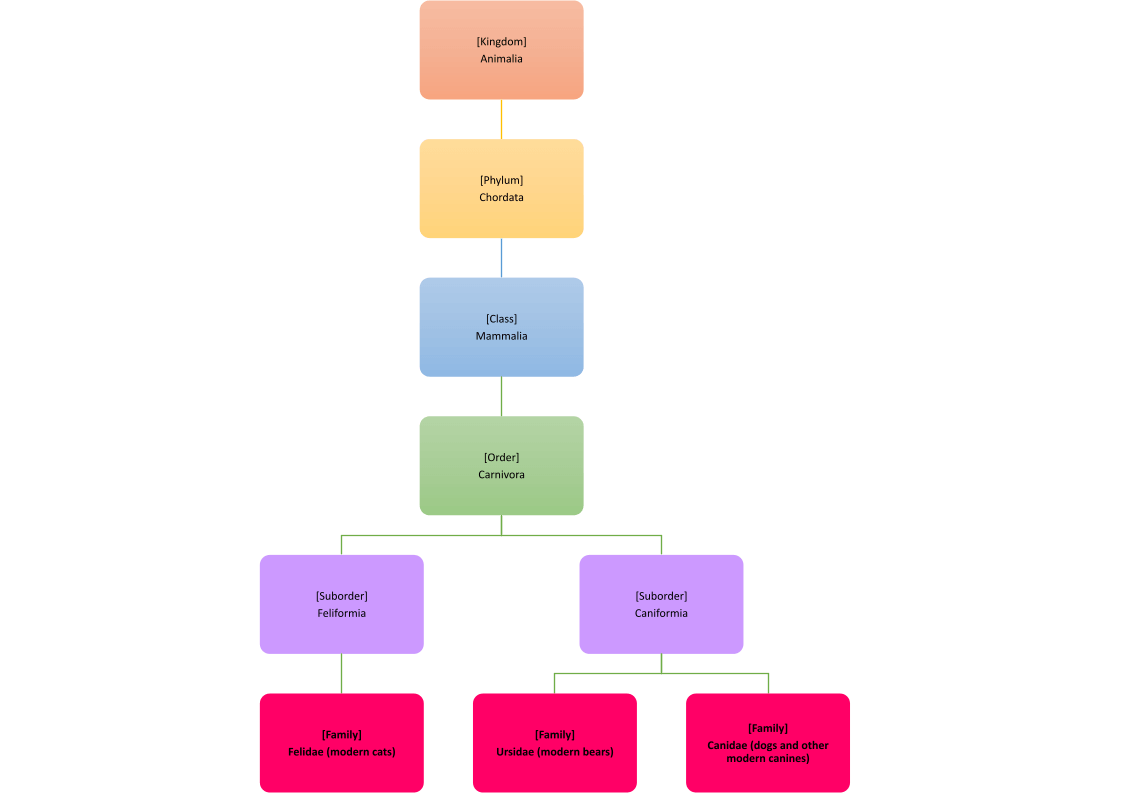 As dogs and bears are part of the same suborder, they share a relatively close ancestor. There were once animals known as bear dogs, or Amphicyonidae. Their lineage has the most direct line to today’s dogs.

However, Amphicyonidae still have a connection to all animals in the Caniformia suborder, including bears. Some experts refer to them more as “cousins” than direct ancestors, but the relationship is still there.

What Is A Bear Dog?

“Bear dog,” or “beardog,” is a term that can refer to several kinds of animals.

Two of them are species of actual dogs. The other is the ancestor that links bears and dogs together as Caniformia.

Amphicyonidae is an extinct family of predators from over 7.5 million years ago. They had heavy bodies and flat feet which are similar to modern bears. They also had long legs and a snout like a dog.

These animals lived on all northern continents and Africa. Amphicyonidae isn’t technically part of either the dog or bear family. Even so, many experts believe it is a link between the two.

Within the Amphicyonidae family, species developed two different ways of locomotion. These may have been the beginning of the split between animals like bears and canines.

Some species, such as Borocyon robustum, evolved longer legs and narrow limb shapes. This made them more effective at running, just like dogs. They also had shearing teeth for slicing meat, similar to today’s wolves.

They had plantigrade feet, meaning they kept their toes flat on the ground as they walked. Their limbs also became larger, and their stance was broader than the more dog-like species.

Finally, the more bear-like animals had broader bunodont teeth that were better for omnivorous diets. Bears are not carnivores like wolves are and need more versatile teeth for their diets.

The Tahltan bear dog is a much more modern animal, although it is also extinct like the Amphicyonidae family. Although it has “bear” in its name, it is in fact a dog breed originating in Canada.

The indigenous people of Canada bred bear dogs for hunting. As the name suggests, these dogs excelled at hunting bears in particular. They were small dogs, only weighing between 10 to 17 lbs. (4.5 to 8 kg).

Despite their size, they excelled at hunting not only bears, but moose, lynx, and other wild game. Their small size helped them run on hard snow. Bears would often sink into the snow and struggle due to their weight.

They were brave and agile dogs and would relentlessly bark when they found prey. They even had different pitches for each animal they hunted.

Hunters often used Tahltan bear dogs in packs. One dog would run ahead of the bear while the others trapped it from behind until their masters arrived.

The species became extinct in the mid-1900s for a number of reasons. When traders introduced British Columbia to firearms, the need for hunting dogs diminished.

Then, there were outbreaks of serious illnesses in the 1940s that led to the death of dogs and owners alike. Masters died and left many bear dogs on their own. Other people then shot the dogs as they ran loose.

Eventually, breeders lost interest in the dogs altogether. The small number of surviving Tahltan bear dogs died out in the late ‘60s.

Karelian bear dogs are common in Finland, and breeders still produce them today. They originated from the Russian Karelia.

Like the extinct Tahltan bear dogs, Karelians are brave and energetic and great for hunting big game. They’re larger than the Tahltan dogs and are mostly silent. They will only bark once they stop their target or trap them up a tree.

As Karelian dogs became more popular in Finland, the need for bear hunting capabilities diminished. Instead, many hunters use Karelian bear dogs to hunt moose, although their name remains the same.

In the US, Washington State uses a Karelian K9 unit to keep bears in check. They are the only state to employ these dogs in their K9 units.

Taxonomy is a useful way to organize the many animals on the planet. It’s also a helpful way to understand the relationship of different animals at a glance.

Under the taxonomic hierarchy, cats, dogs, and bears are all members of the Carnivora order. However, beyond that level, all three separate into their own suborders and families.

Bears are not cats or dogs, but are instead Ursidae, which is a separate family. Dogs are a little closer than cats to bears, as they belong to the same suborder. They also share a family of direct ancestors called Amphicyonidae.

Beyond that, though, canines and bears are not that closely related, and felines are even further removed.