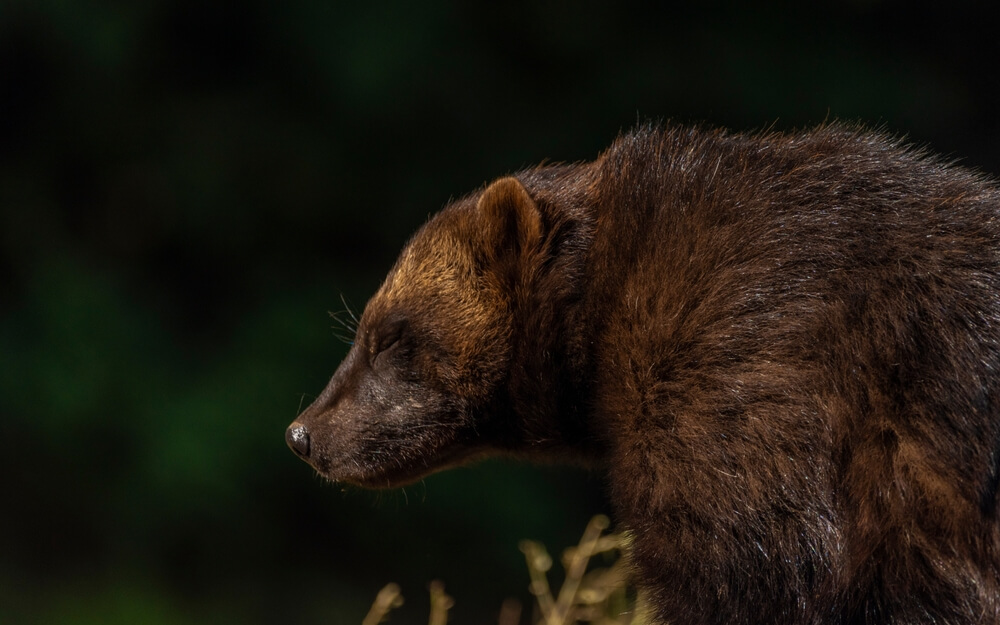 While humans are active during the day and sleep at night, not every animal follows this pattern. An animal’s sleep pattern can vary depending on their environment, their physical attributes, and their relationship with other organisms.

Some animals can even have multiple types of sleep patterns depending on the time of year.

This variety of factors means that the patterns can vary among different species in the same animal family. Bears, for instance, have several different types of sleep patterns.

So, do any of them include nocturnal activity?

Most bears are not nocturnal. Only two species are active at night. The others are either only active during the day or have a combination of sleep patterns. Some bears may become more nocturnal because of proximity to humans or during hunting season.

There are four different ways animals regulate their sleep and activity periods. Animals can be diurnal, crepuscular, cathemeral, or nocturnal.

Some animals are active both day and night at irregular intervals. This cathemeral behavior can change due to external forces such as a change in season.

Finally, nocturnal animals, such as axolotls, are active at night and sleep during the day. The majority of mammals are nocturnal, but not all bears are among that group.

Depending on the species, bears are active at different times during the day. Only two of the eight bear species in the world are nocturnal. The others are only partially nocturnal or are mostly active during the day.

What Times Are Bears Most Active?

Most bear species are active during the daytime, specifically at dawn and dusk. This makes them crepuscular, although this can change in certain circumstances.

Giant panda bears are most active at twilight and nighttime. Spectacled bears are also crepuscular as well as diurnal. Some argue they may be active at night as well.

Only two bear species are almost exclusively nocturnal. These are the sloth bear and, despite its name, the sun bear.

The sun bear gets its name from the white or gold patch around its neck. They sleep high in trees during the day and forage for at night.

Sloth bears, on the other hand, sleep in caves in the daytime while being active at night.

Polar bears are not nocturnal but are instead crepuscular. They are active at dawn and dusk, but not for long.

In fact, a polar bear is only active about 33% of the time. They spend the rest of their time sleeping or still hunting (lying in wait for prey).

Brown bears, or grizzly bears, are not nocturnal. Like the panda and spectacled bear, brown bears are most active during the morning and evening.

At those times, they forage for food, while during the day and night they rest.

There are two species of black bear in the world: the American black bear and the Asiatic black bear.

While neither is exclusively nocturnal, the Asiatic black bear is active at night as well as during the day. Their nighttime activity increases during the autumn season due to availability.

American black bears are much more active during dawn and dusk almost year-round. However, they are also likely to change their activity patterns both seasonally and in the presence of humans.

They can also become more nocturnal if they’re sharing a territory with male grizzlies.

While experts agree that most bears aren’t naturally nocturnal, their sleep patterns can vary for a number of different reasons.

In fact, the difference in sleep patterns between species is more about their environment than any biological difference.

According to a Scandinavian study, some bears will change when they sleep in order to avoid hunters. After hunting season began, brown bears moved 21% farther after the day ended than they did before.

They were particularly active around midnight when they would normally rest. This increase in nighttime activity was in direct proportion to a decrease in daytime movement.

Normally, these bears would respond to the shortening days of the season by maximizing their daytime activity.

American black bears may also change their habits during hunting season. They know there’s danger in bright, open areas. Therefore, they will either only come out at night, or only move in cover during the day.

It isn’t only hunting that may change a bear’s sleep behavior. Studies show that American black bears in particular will turn nocturnal to avoid dense populations of humans.

However, this can vary from bear to bear, and in fact, some bears become habituated to humans over time. Experts suggest that the more houses in their home range, the less bears tend to avoid humans.

But bears that only sometimes encounter humans, such as campers in national parks, don’t acclimate as well. They are more likely to become nocturnal to avoid humans instead of taking the risk that they’re dangerous.

Do Bears Have Night Vision?

Although most bears aren’t active at night, they do have some level of night vision. Bears have a “tapetum lucidum” at the back of their eyeballs. This reflective layer is common in many animals and bounces light back to their retina’s a second time.

This double-stimulation helps animals see in the dark. It’s also what gives these animals the distinctive shine in their eyes at night when light flashes on them. Because of their retinas, bears have much better night vision than humans.

Otherwise, there’s little research on the vision of bears. Their regular daytime vision may be on par or possibly worse than a human’s.

The further the distance, the more likely a bear depends on silhouettes and movement to interpret what they’re seeing. Bears rely more on their sense of smell than vision, especially during the day.

There are eight species of bear in the world, and the majority of them are not nocturnal. Only the sloth bear and the sun bear are mostly active at night.

The other species prefer either dawn or dusk for their active periods or are active both day and night. Sometimes a bear’s sleep pattern is based on their environment or other animals, including humans.

Some bears will avoid hunters and humans in general by adapting to nighttime activity, when human activity is lower.