Looking for something to read or gift? We compiled the list of best new books that you can find on Amazon and elsewhere. They’re also available on Kindle as audiobooks if you enjoy listening more than reading.

If you decide to buy through these links, we will get a tiny commision and for that we are grateful 🙂 Twenty-Ninth Day: Surviving a Grizzly Attack in the Canadian Tundra
$8.69

This true-life wilderness survival epic recounts seventeen-year-old Alex Messenger’s near-lethal encounter with a grizzly bear during a canoe trip in the Canadian tundra. The story follows Alex and his five companions as they paddle north through harrowing rapids and stunning terrain. Twenty-nine days into the trip, Alex is attacked by a barren ground grizzly while out hiking alone. Left for dead... 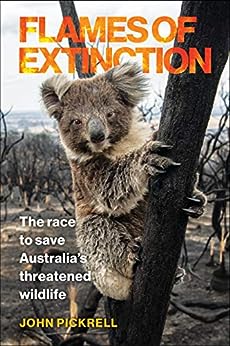 Flames of Extinction: The Race to Save Australia's Threatened Wildlife
5
$23.74

As news of the fires spread around the world, journalist John Pickrell was inundated with requests for articles about the danger to Australia’s wildlife. Pickrell’s reporting exposed a larger picture of hope. Flames of Extinction tells the story of the scientists, wildlife rehabilitators, and community members who came together to save wildlife and protect them in the future.﻿

Buy Now More From This Author
How to Talk to a Tiger And Other Animals: How Critters Communicate in the Wild
4.7
$8.90

A quirky compendium of animal chatterboxes

Ever wanted to talk to a tiger? Or chatter with a cheetah? Or yak with a yak? This book brings together a babble of more than 100 beasties and explores the amazing ways they talk to each other. From fish that fart to alligators that dunk to fireworms that flash, you’ll discover that wildlife has the strangest ways of sending a message . . . 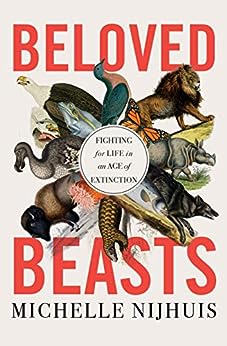 Beloved Beasts: Fighting for Life in an Age of Extinction
4.2
$9.18

One of Literary Hub's Most Anticipated Books of 2021.

A vibrant history of the modern conservation movement—told through the lives and ideas of the people who built it.

﻿As the destruction of other species continues and the effects of climate change escalate, Beloved Beasts charts the ways conservation is becoming a movement for the protection of all species—including our own.

Buy Now More From This Author
For Kids 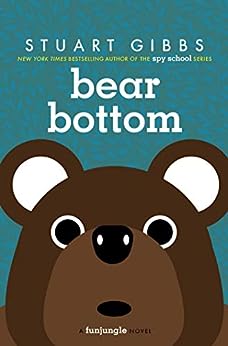 Teddy Fitzroy, his family, and some other FunJungle employees have been invited to visit a bison ranch just outside Yellowstone National Park that FunJungle’s owner, J.J. McCracken, is considering purchasing. But as usual, trouble isn’t far behind. Amazon.com : The Grizzly in the Driveway: The Return of Bears to a Crowded American West
4.7

Mixing fast-paced storytelling with rich details about the hidden lives of grizzly bears, Montana journalist Robert Chaney chronicles the resurgence of this charismatic species against the backdrop of the country’s long history with the bear. Chaney captures the clash between groups with radically different visions: ranchers frustrated at losing livestock, environmental advocates, hunters, and conservation and historic preservation officers of tribal nations.

Buy Now
Animals' Best Friends: Putting Compassion to Work for Animals in Captivity and in the Wild
5
$25.00

As people come to understand more about animals’ inner lives—the intricacies of their thoughts and the emotions that are expressed every day by whales and cows, octopus and mice, even bees—we feel growing compassion, a desire to better their lives. But how do we translate this compassion into helping other creatures, both those that are and are not our pets?

Tracing the millions of years of evolution and migration that led to the development of songbirds and this unique species of jay, Walters describes the Florida bird’s long, graceful tail, its hues that blend from one to the next, and its notoriously friendly manner.

Buy Now More From This Author
Our Pick 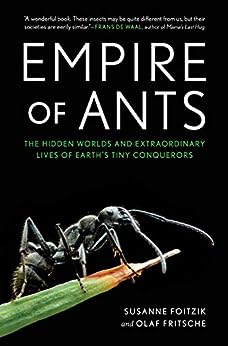 Empire of Ants: The Hidden Worlds and Extraordinary Lives of Earth's Tiny Conquerors
4.4
$13.17

Just like us, ants grow crops, raise livestock, tend their young and infirm, and make vaccines. And, just like us, ants have a dark side: They wage war, despoil environments, and enslave rivals—but also rebel against their oppressors. Winged creatures appear in mythology and folk tales, and in literature by writers as diverse as Ovid, Thoreau, and T. S. Eliot. They've been omens, allegories, and guides; they've been worshipped, eaten, and feared. Birds figure tellingly in the work of such nature writers as Gilbert White and Peter Matthiessen and are synonymous with the science of Darwin. 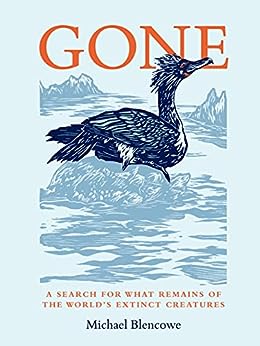 Gone: A search for what remains of the world's extinct creatures (Illustrated)
5
$19.94

Featuring striking artworks that resurrect these forgotten creatures, each chapter focuses on a different animal, revealing insights into their unique characteristics and habitats, the history of their discovery and just how and when they came to be lost to us.