Today I’m answering another popular question I get asked a lot. I mean, it’s not hard to see where this is coming from. Most people’s view on insects is that they’re small crawling critters. Nevertheless, let’s bite into this question.

Are centipedes insects? Centipedes are not insects, in fact, they are predatory arthropods belonging to the class Chilopoda of the subphylum Myriapoda, an arthropod group that also includes millipedes and other multi-legged creatures. 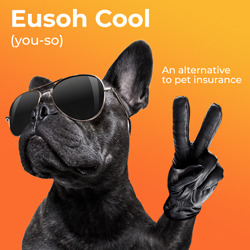 The word centipede comes from the Latin prefix centi- meaning “hundred“, and the Latin word pes, pedis, meaning “foot“.  Centipedes are elongated metameric creatures with one pair of legs per body segment.

Despite the name, centipedes can have a varying number of legs, ranging from 30 to 354. Centipedes always have an odd number of pairs of legs so no centipede has exactly 100 legs.

There are tiny, few millimetres big centipedes to much larger, 30 cm (12 in) large centipedes. They can be found in a wide variety of environments.

Scientists believe that around 8,000 species of centipedes exist, of which only 3,000 have been described. So if you’re into naming and describing new creatures, there’s a lot of work to be done here!

Most centipedes are generally venomous and can inflict painful bites, injecting their venom through pincer-like appendages known as forcipules. Forcipules are not true mouthparts, although they are used in the capture of prey items, injecting venom and holding onto captured prey. Their venom glands run through a tube almost to the tip of each forcipule.

Are centipedes dangerous? Some species of centipedes can be hazardous to humans because of their bite. Their bite to an adult human is unlikely to be fatal but it can cause severe swelling, chills, fever, and weakness. It is also very painful usually. If you’re a small child or have allergies to bee stings, I have some bad news; the venomous bite of larger centipedes can induce anaphylactic shock.

Most centipedes are generally venomous and can inflict painful bites, injecting their venom through pincer-like appendages known as forcipules.

The centipede’s venom causes pain and swelling in the area of the bite, and may cause other reactions throughout the body. Generally, if you’re an adult and don’t have an allergy, you’ll be fine.

The “bite” is also not technically a bite as the forcipules are a modified first pair of legs rather than true mouthparts.

The wound left by the “bite” may be accompanied by swelling, redness, and small puncture wounds which may form a circular pattern. This wound may be susceptible to local ulcerations and necrosis if not treated.

The pain caused by centipede bites is often described as comparable to pain from scorpion stings and snakebites. Yikes!

But generally speaking, it will hurt more if the centipede is bigger as it will have bigger forcipules that can inject venom deeper into the skin.

There are an estimated 8000 species of centipedes out there that live in many different habitat types; forest, savannas, prairie, and desert, to name a few. You’ll forgive me if I don’t mention all of the species here, so let’s instead concentrate on a few more prominent ones.

Also known as waterfall centipede is a species of centipede in the family Scolopendridae. It is the first known amphibious centipede, growing to up to 20 centimetres (7.9 in) in length.

George Beccaloni, an entomologist, found one in 2000, while on honeymoon in Thailand and he described it as “pretty horrific-looking: very big with long legs and a horrible dark, greenish-black color”.

There are only four known specimens of this species. Isn’t that wild!

Originating in the Mediterranean region, scutigera coleoptrata is a small, typically yellowish-grey centipede with up to 15 pairs of long legs.

It now lives all over the world, in human homes, thus gaining the name house centipede.

Because it’s an insectivore; it kills and eats other arthropods, such as insects and arachnids, I wouldn’t recommend to kill it or even relocate it outside of your home.

Outdoors, house centipedes prefer to live in cool, damp places and within the home, these centipedes are found in almost any part of the house, most commonly in basements, bathrooms, and lavatories, which tend to be humid, but they can also be found in drier places like offices, bedrooms and dining rooms.

The greatest likelihood of encountering them is in spring when they come out because the weather gets warmer, and in autumn/fall, when the cooling weather forces them to find shelter in human habitats.

Also known as the brown centipede or stone centipede, is a common European centipede of the family Lithobiidae, although its distribution is not exclusive to Europe.

One of the most widespread and common species in the genus Scolopendra, Vietnamese centipede is also found on virtually all land areas around and within the Indian Ocean, all of tropical and subtropical Asia from Russia to the islands of Malaysia and Indonesia, Australia, South and Central America, the Caribbean islands, and possibly parts of the southern United States.

It is among the largest centipedes with a maximum length of 20 cm and is an active, aggressive predator that preys on any animal it can overpower. Yikes!

It is a popular pet among arthropod hobbyists but was once a traditional source for Aboriginal Australians.

It is indigenous to the Southwestern United States and northern Mexico, north to the Pacific coast. It inhabits dry grasslands, forests, and deserts.

Coloration is variable, hence the species name polymorpha which means “many forms”, and alternative common names like “multicolored centipede”.

Are centipedes carnivores? Yes, centipedes are carnivores. They are nocturnal predators of insects and other small animals that include spiders, cockroaches, moths, crickets, earthworms, bed bugs, silverfish, and other centipedes.

Is a silverfish a centipede? Although they’re kinda similar (if you’re not wearing your glasses), silverfish are not centipedes. They differ in size, color and number of legs. House centipedes also eat silverfish and other insects or spiders that might plague your home (termites, cockroaches, bedbugs, and the larvae of carpet beetles).

Do people eat centipedes? It may or may not come as a surprise to you that people in China actually eat centipedes. Certain large-sized centipedes are consumed in China, usually skewered and grilled or deep fried. They are also eaten dried, powdered or after being steeped in alcohol. They are an ancient remedy for epilepsy, stroke, cancer, tetanus or rheumatoid arthritis. If they are eaten raw, they may contain a parasite that infects your brain.